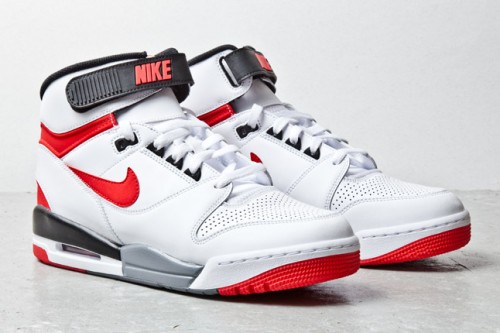 While searching for kicks online – an everyday occurrence – I came across some very interesting and exciting information. A pair of shoes that have been on my to-cop list forever, it seems, is finally making its illustrious return from the depths of the Nike vault: the Nike Air Revolution. The Revolution is special to me in a number of ways. At first glance the shoe is everything that I look for aesthetically: high-top, padded ankle support, visible Air Max bubble, speed laces and of course a strap.

The Revolution was originally released in 1987-1988 and then received retro in 2002, and I am happy to report that the designers at Nike stayed almost completely true to the original design. They did, however, change some minor details including the ankle height, and if history repeats itself Nike will undoubtedly have reduced the amount of padding around the ankle. I expected this and I feel that its doesn’t make a huge difference – it could be worse. I have seen Nike bastardize some of my favorite silhouettes in the past, i.e. this monstrosity, and I am happy they did the right thing (in my humble opinion) and kept it as true as possible.

It has been well-documented that I have a love for shoes with history and boy does this shoe have some history. It’s a history that will appeal to a wide variety of people as well. As previously stated, the Revolution was originally released in 1988, but what a lot of people don’t know is that the the original silhouette was designed to be the Jordan III. During this time Jordan was going through a contract dispute and almost left Nike (which would have been an utterly catastrophic and changed the very landscape of the sneaker world as we currently know it) because he wanted a creative influence on his shoes’ design. In came Tinker Hatfield, the godfather of innovative sneaker design (including the Air Max 1, Air Jordan III through Air Jordan XV, Nike Huarache and most recently the XX8) This was the first shoe design that was a collaborative project by athlete and designer, and it changed how signature shoes were designed forever.

Because of the design changes by Tinker and influence of His Airness, the Nike Air Revolution and AJ III look vastly different but they do share an identical sole/midsole equipped with a visible Air bubble . The Revolution could have drifted into the abyss, never to be seen by or released, but Nike released both shoes in the same year and both did quite well. The Air Jordan III went on be one of Jordan’s most well known signatures, and the OG design that came equipped with the Nike Air logo on the back retroed this year in limited quantities and sold out in minutes even with a $200 price tag.

The Revolution, however, has more of a cult following; it’s a grail to some collectors. During its release in the late 1980s the Revolution was worn by Dennis Rodman during the Detroit Pistons title runs of 1989 and 1990 where, ironically enough, they met Jordan’s Bulls in the Conference Finals. The series saw infamous “Jordan Rules” enacted and cemented Isaiah Thomas as an all-time great competitor. 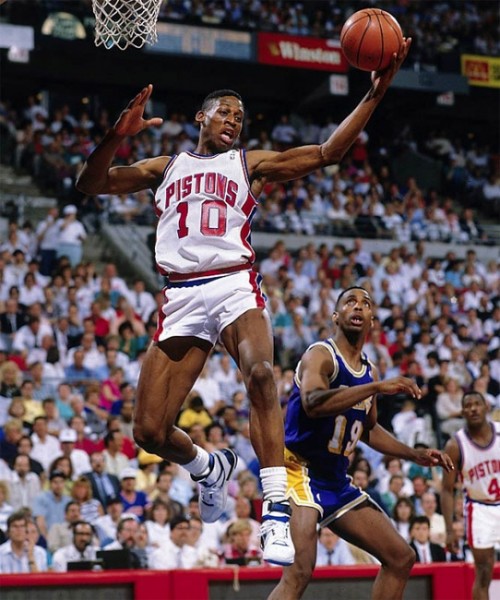 As you can see you can see I am more than excited about this release. Jake has pronounced it to be my shoe so with that vote of confidence I will embark on the journey to add this historic shoe to my collection. There is no release date yet but there have been rumors of a release later on this summer. Pictures of two colorways have been released: the OG royal blue/white/black and red/white/black. Hopefully, we will also see a release of the OG white/black/silver colorway. Once I can get my hands on these Bad Boys, I’ll hit you guys with another article.