It’s been a little while since I’ve hooped in a performance Jordan model (the XX9 and the CP3 8 were the last ones) and the Ultra.Fly had a number of things going for it. It’s the stripped-down cousin of the Super.Fly, a model that’s now four versions deep and is consistently one of the better performers on the market. It’s at an attractive price point ($125) and features an interesting TPU/mesh build for the upper.

Word today is that the Bulls’ Jimmy Butler will be debuting the shoe on-court, making it a faux-signature for an up-and-coming two-way star.

Besides that, I was able to scoop them at my local House of Hoops before most people had gotten a good look at them. On the shelf, it looked like it could be a gem in the Jordan line, perhaps an overlooked model than was great on court.

That perception, unfortunately, was pretty far off.

Fit
We’ll start with the good here: the fit was actually really nice. The base of the Ultra.Fly is thick mesh, and that’s covered from heel to toe in a Kurim webbing. Some have compared it to UA’s Anatomix line, but the upper is much thicker and the Kurim is much more pronounced – the Anatomix shoes were closer to SprintWeb or layers of Fuse than this is. 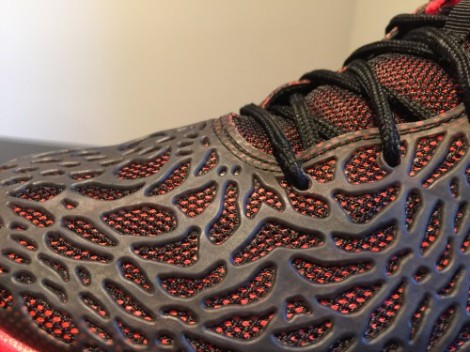 We first saw Kurim on the initial LeBron 13 Elite images, so it’s great to get a first impression of the new tech here. It’s a second skin-like structure designed to provide containment and support – basically a flexible cage. Planting and cutting or changing directions at high speed didn’t cause any slippage on the interior. It’s really a natural feel, flexible and the containment is excellent. 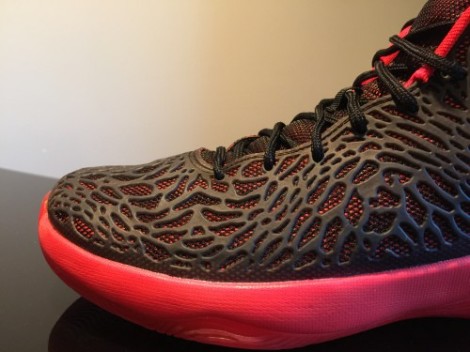 The lacing system is simple, laced straight up with no frills, notches, Flywire or straps. I usually prefer this, and simple is better when it comes to lacing. It would have been nice to get some flat or paracord laces instead of the round ones used here (they feel cheap and kind of outdated) but that’s an extremely minor gripe. The tongue is also excellent – thick and padded, and part of a snug inner sleeve. JB did not skimp here and it’s definitely appreciated.

There is no external heel counter and the interior one is pretty flimsy. It’s easily squeezed and manipulated. While I didn’t notice instability on-court, I’ve woken up the day after playing with a bit of a tweaked ankle each time – and I’m attributing that to the lack of a solid heel counter. I have generally very strong ankles, but occasionally I’ll get a shoe without a solid heel and I’ll get sore. It’s not terrible by any means, and I only mention it because it may not provide the ankle support you’re looking for if that’s an important part of your shoe choice.

Overall, I liked the lockdown and natural feel on-foot that this upper combo provided. The Kurim is unconventional for sure, but it functions really well and was definitely the best aspect of the shoe.

Heel-Toe Transition
While I wasn’t able to find a definitive answer, I believe it to be a Phylon midsole with an articulated Zoom bag in the forefoot; transition is really smooth. The outsole/midsole bears some resemblance to the Kyrie 2, and while it’s not quite effortless like that shoe, it’s still very good. There’s no break in time either – these are good to go from a transition standpoint right out of the box. 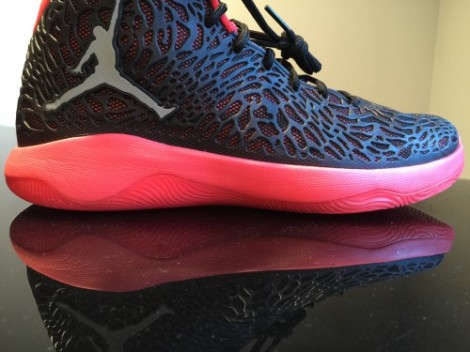 However, the overall cushioning and comfort of the shoe kind of hampers the transition. With a lack of midsole support and impact protection (which I’ll get into in the next section) I felt that simple straight-line running was pretty painful.

Cushioning
I’ll just say it: this is probably the worst cushioned shoe I’ve played in for a long time. As mentioned before, it’s a Phylon midsole – same compound used in the Kyrie 2 – but even as low profile as the Kyrie was, the Ultra.Fly has even less impact protection. I typically don’t mind a thinner, lower midsole (I was a fan of the Kyrie 2 and Crazyquick 1) but these just did not work for me. 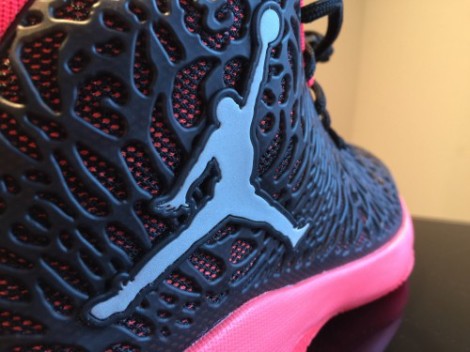 There were a couple factors that I believe played into this. For one, it’s basically just a flat midsole with a slight heel-toe drop. No extra support, no shank, no special design that utilized its low profile build. The Kyrie 2 was designed for natural movement and was sculpted to promote that, and the Crazyquick was designed to be insanely flexible with flex grooves and traction pods perfectly placed. The Ultra.Fly is basically just a flat surface hitting the ground each time you take a step.

This leads me to my next point, concerning the articulated Zoom bag. Because there’s no additional support, I don’t feel like my foot hits the Zoom bag properly. While I can feel something in there at the forefoot, it’s mushy and I really can only feel it flex. I don’t notice any additional responsiveness or cushion from the bag, so the Zoom doesn’t really do its job. The bag protrudes slightly from the outsole and is bottom-loaded (embedded in the outsole and not on top) so the responsiveness is already muted there. A dual-density setup like Podulon probably would have worked better. 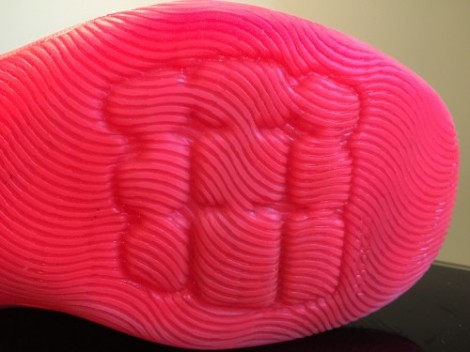 I mentioned it on an IG post, but if Zoom is too flexible and your foot doesn’t exert force on the bag, then you’re not going to get the responsiveness you expect. Zoom is basically fibers stretched tight and stitched to two plates in a pressurized bag. On an exposed Zoom bag, you can see the fibers stretched and attached to the top and bottom of the bag. When the bag receives force from your foot and it compresses, it naturally wants to push back out and respond to that force. This is where you get the super responsive Zoom feel from. By putting flex points in that bag, I feel like it just flexes when you walk instead of absorbing that force and bouncing back. 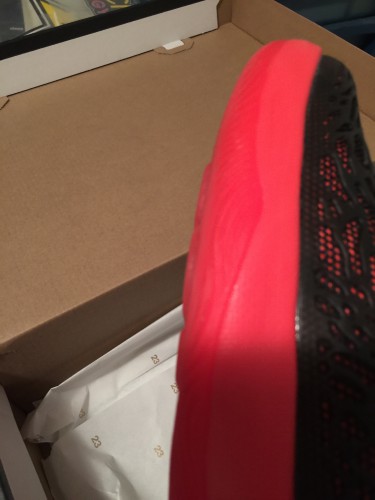 The court feel and stability are fine – the shoe rides real low to the floor – and I never felt unstable per se. But after the first couple wearings I my back and arches of my feet were very sore from the lack of support and cushioning. This lasted a couple of days and unless you’re a young buck that never gets hurt, I would be vary wary of these. I also felt that the ball of my foot was basically touching the gym floor due to those flex points in the bag.

The stock insole is embarassing, and I swapped it out with the thickest one I had from a pair of old Crazylights (this is my go-to insole when the one I’m testing is no good) and I did notice a significant improvement at least in comfort. 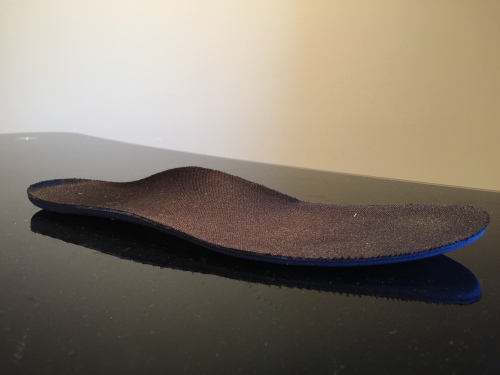 Still, you shouldn’t pay $125 and immediately have to swap insoles just to get passable comfort. This is one of the few things that will get me legit upset with a shoe.

Traction
The traction pattern is a full length wavebone setup, and it’s pretty good. It felt pretty sticky and slightly pliable to me. I could stop on a dime on a variety of surfaces including a tile-ish court, although a dirty floor will require the usual wiping. It’s a one-piece rubber outsole so the feel is pretty consistent and confidence-inspiring underfoot. 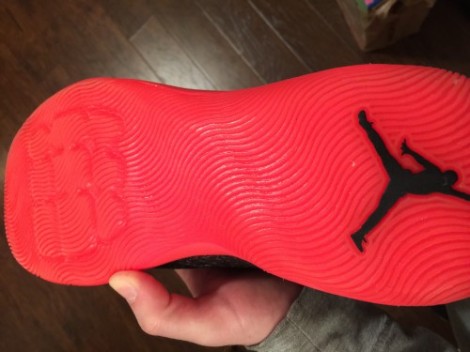 Materials/Durability
I think the Kurim upper will hold up pretty well and the TPU-like material already gives you some abrasion protection to begin with. The midsole is only going to break down more over time though, so I can’t imagine impact cushioning will get any better.

A use of different materials likely would have driven the price up, but it also would have probably prevented the shoe from ever being made – it pretty much needs to be set up like a Super.Fly 4.5 in order to be a good performer. A Flight Plate was badly needed, and I would have loved to see the tri-Zoom bag like the 4 instead of this articulated one.

Bottom line, I simply did not enjoy playing in these at all. I don’t feel it’s a reflection on all Jordan performance shoes, but the materials here certainly need an improvement. Giving it the tech it needs and selling it in the $140 range would have been more plausible to me from a performance perspective, but I get why they stripped it down.

Despite the great lockdown and fit (plus they look pretty sweet), these will be exiting the rotation ASAP. If you’re looking for extreme court feel or don’t need a ton of impact protection, the lockdown on the Ultra.Fly is great so they may be an option for you. April 2 is the official release date.

But in my opinion, there are plenty of better options out there for less money. Sorry… 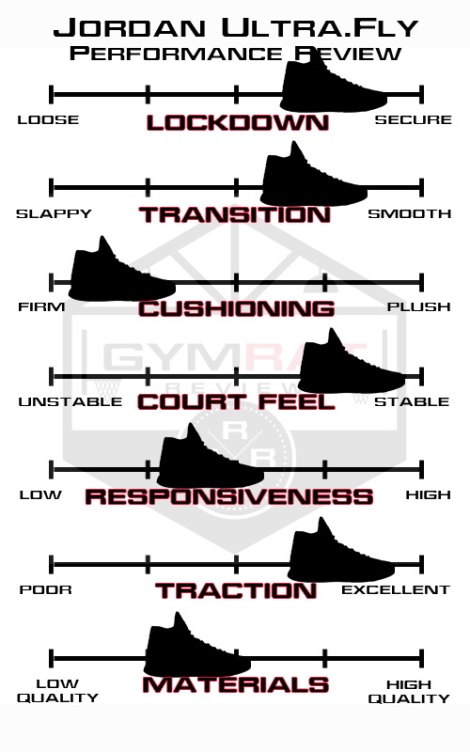 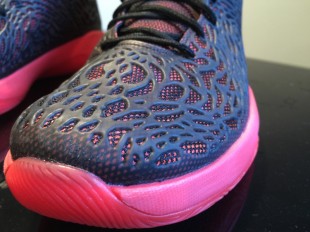 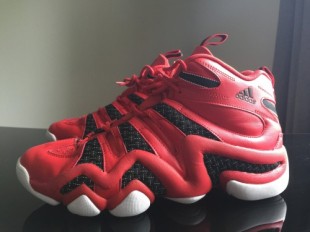 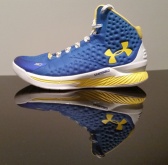 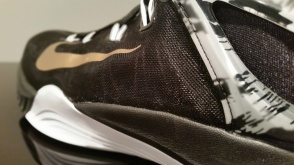 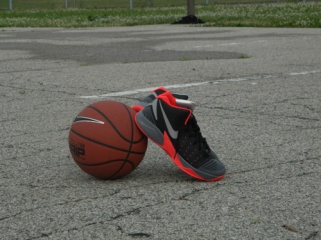 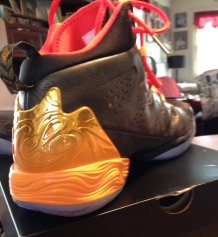 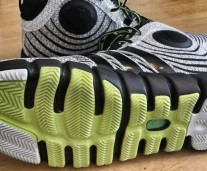 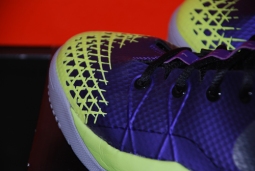 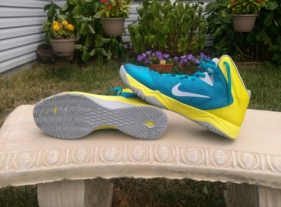 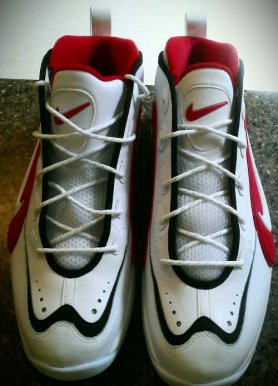