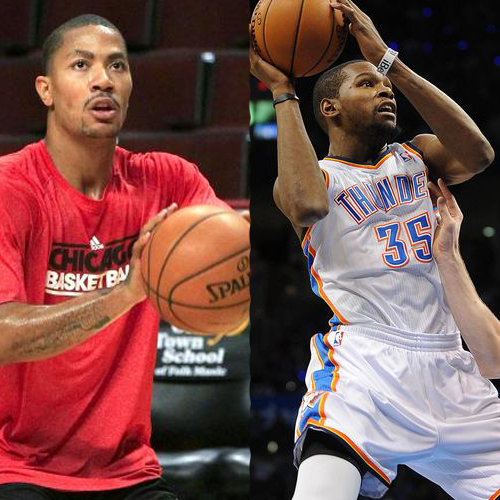 At my current place of employment, we recently posted a list of upcoming sneaker release dates that will be hitting our stores over the next few months. Two models stood out on the release calendar: the Nike KD VI and the adidas Rose 4.0.

Despite being the next signature models of two of each company’s biggest names, very little has been revealed about either shoe. A Google search revealed just one relevant post (from the always-reliable nightwing2303) concerning the tech specs of the KD VI. Searching “adidas Rose 4.0” yielded a little more information, though mostly just the blurry sample pictures that have been floating around over the last week and a half.

At any rate, the only new information that I can provide you is the tentative release dates for the two shoes. Again, I’m not an insider, but this is the first information I’ve seen concerning the release of these two shoes. The Nike KD VI (in a “YLW/NAVY/TEAL” colorway) is set to drop for this particular retailer on July 3, 2013 with a $130 price tag. The adidas Rose 4.0 in an “Away” colorway is slated to hit on October 10, 2013, while the “Home” colorway is scheduled for a December 5 drop. The Rose 4.0 has a MSRP of $160.

The other shoe of particular note to us here at TGRR is the Jordan Super.Fly 2, which is supposed to drop at this retailer on August 1 in four different colorways and a $130 price tag.

I stress again that I’m not an insider, and I’m only relaying the information from one footwear release calendar. Once more:

Can’t wait to see official pics and further release information regarding a few of the top performance shoes on the market. Leave us a comment or drop us an email at thegymratreview@gmail.com if you have any more info on these or other release dates.