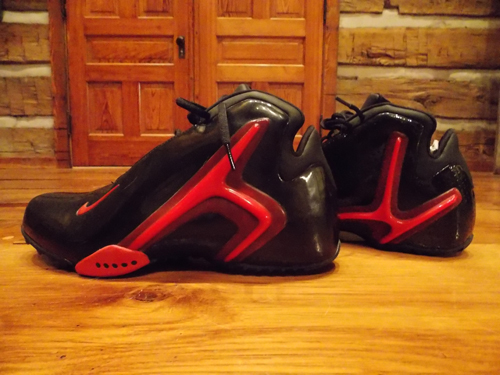 To put it simply, the Nike Hyperflight is where it all started for me; it sowed the seeds of my kicks obsession. The aesthetic and the aura that shoe had helped me appreciate the form, function and the driving concepts behind a design. As an avid Kicksology and Kicksguide reader, I saw the pictures of the original sketches of that shoe (along with the Shox Stunner and Ultraflight) on each site and I was instantly fascinated. I began researching as much sneaker design and technology information as my seventh-grade head could handle. (I also developed a nasty habit of sketching shoes the margins of my notebook paper, homework assignments and daily planner – something that I’m sure thrilled my teachers) My mom refused to buy them for me when they initially dropped in 2002, but I eventually got my hands on a deadstock black/red pair back in 2008 and it’s the only pair in my collection that I won’t wear – I consider it the jewel of my collection and can’t bring myself to rock them and crease up that sexy silhouette. My love of footwear – the total package of footwear – was born of this beautiful, daring, and ultimately flawed, work of art. 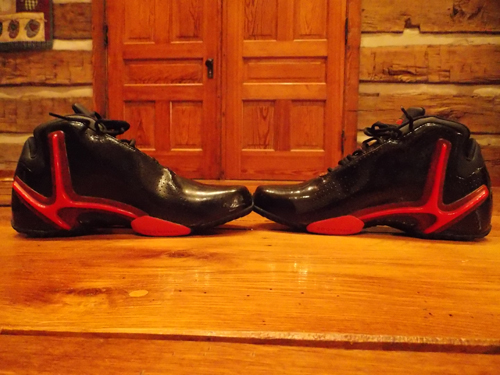 To me, the Hyperflight is the godfather of today’s Hyperdunk line and the lightweight movement in general. Back then – with Alpha Project at full strength and Nike designers being encouraged to push the limits of design, function and technology – Eric Avar was attempting to create a minimal yet functional shoe in a unique aesthetic package. The large “H” shaped structures were supposed to serve as the anti-ankle inversion support and Zoom Air cushioning gave it a low-profile midsole. The daring cut of the ankle gave it a never-before-seen silhouette and of course the shiny cobec upper gave it myriad options as far as color schemes go.

The only problem was, the shoe sucked on-court. The anti-inversion structures weren’t strong enough to withstand the pounding of an entire game, the cobec upper wasn’t a very functional material because it creased badly and was too stiff to provide a good fit, and there seems to be a complete lack of a midsole under the arch of one’s foot. With the upper being too roomy, a lack of ankle support and little cushioning underfoot, the Hyperflight was really a dangerous shoe to play in.

But at the same time, the shoe was a groundbreaker in terms of the (attempted) marriage of form and function. Avar has said that he designed the shoe as Bill Bowerman would have designed a track spike – by taking a shoe down to its core and using only the most necessary design elements in order to create a lightweight, high-performance package. While the shoe failed to hold up as a performer, it reset the boundaries to which shoes could be pushed. The minimalism of Flywire and Hyperfuse can trace its origins to the Hyperflight, which had its own origins in the designs of Nike co-founder Bill Bowerman. And that puts the Hyperflight at the center of one incredible and ever evolving lineage.

2 thoughts on “TGRR Blog: My Love Affair with the Nike Hyperflight”